Zooming in on Dragonflies

What kind of picture comes to mind when you think of a super zoom lens? It's probably one that brings something very far away into view. Perhaps a picture of a mountain top or an elusive animal on a distant hilltop. But did you know that a super zoom camera can also capture a close-up picture of something small that's relatively nearby? Well it can and that can produce some great images!

My super zoom camera is the Nikon COOLPIX P1000. It has a maximum focal length of 3000mm (35mm equivalent), which yields a magnification of 125X compared to its minimum focal length of 24mm. Compared to a 50mm lens, which is arguably more like what you might see with your own eyes, the P1000 can magnify things by 60 times. To put that into perspective, 60X magnification makes something that is an inch long appear to be five feet long!

You can click on some of the pictures below to see a larger view. Although the bigger view will only be noticeable if you're reading this article on a device with a large screen, like a tablet, computer or a TV. Probably not so much on your phone. Also, all of the focal lengths referred to in this article are 35mm equivalents.

Using a zoom camera to photograph things that are near is really helpful when you want to get a close-up view of something small but you can't get close enough to get a good picture. For example, take a look at the following picture. 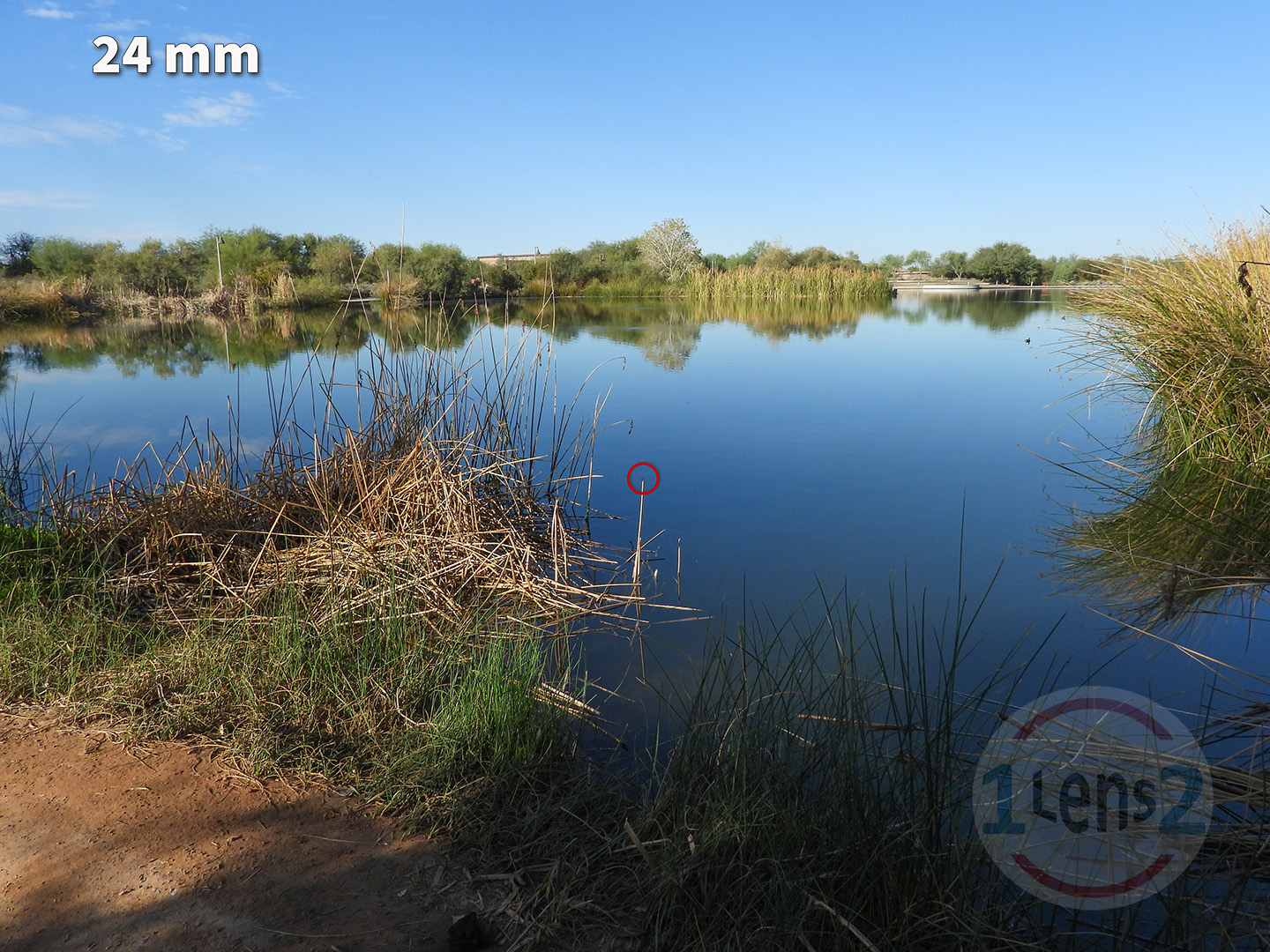 That's a picture of a dragonfly. No really, it is! But the dragonfly is so small that if I didn't draw a red circle to highlight where it is, you might not know that it's there. We're obviously too far way to get a good picture of our flying friend. Normally, we would just move in closer until the dragonfly fills the frame. But in this case, we can't do that. Well, not unless we walk into the water!

Luckily for us, we have a super zoom camera, so we can keep zooming in until that dragonfly fills the frame like this: 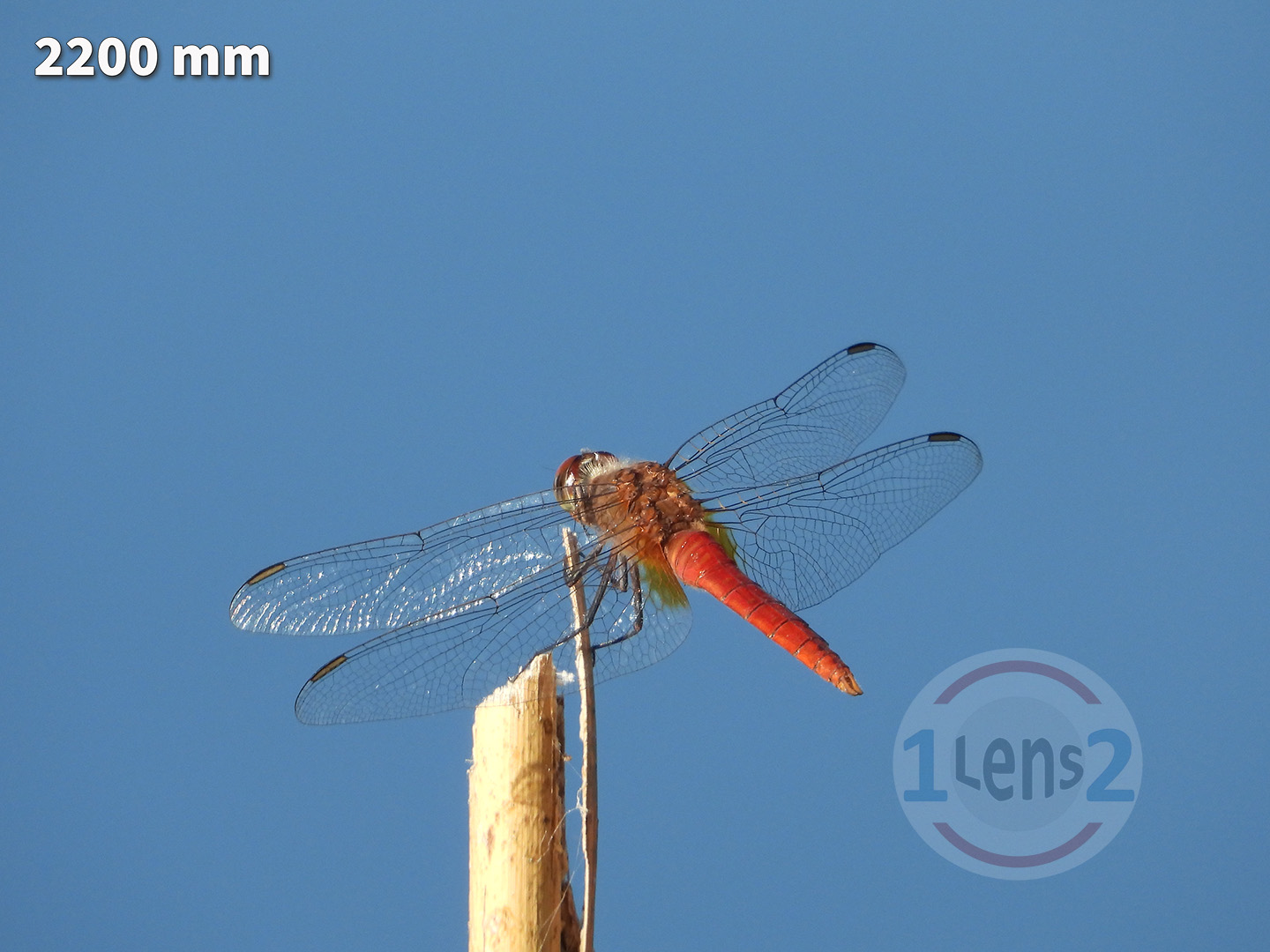 At 2200mm, we can now see that this appears to be a Flame Skimmer dragonfly or perhaps an Autumn Meadowhawk. Or that's what I think it is as I'm not a dragonfly expert. Well, whatever type of dragonfly it is, it's amazing! I like how its legs are wrapped around the top of the water reed so that it can stay in place. And the Nikon P1000 does a really good job of capturing the details of the dragon fly's body - especially the wings.

This picture also illustrates how sharp an image from the P1000 can be at high focal lengths. The subject of photographs at 2200mm are often very far away - sometimes miles away. And those photos are not always very sharp. But this picture of a dragon fly is very sharp. Why? It's mostly because there's not a lot of atmosphere between the camera's lens and the dragonfly. Even on a clear day, the atmosphere on earth tends to have lots of stuff floating in it like dust, pollution and water vapor (haze). We "see" all of that when we are looking through it. In addition, there are almost always heat waves rippling through the atmosphere which distorts the view of the subject. The result of these factors is what appears to be an image or video clip that is not very sharp. But when you remove all of that atmosphere by focusing on a subject that is close to the camera's lens, you get a pretty crisp picture.

After watching the dragonflies at this distance for a while, I wanted to get a little bit closer so I picked up my tripod and walked into the water... Ha! Kidding! I didn't really do that - I like photographing dragonflies, but not that much :) But I did move a little closer, putting my tripod legs right up to the water's edge to get the following picture which is one of my favorites of the day: 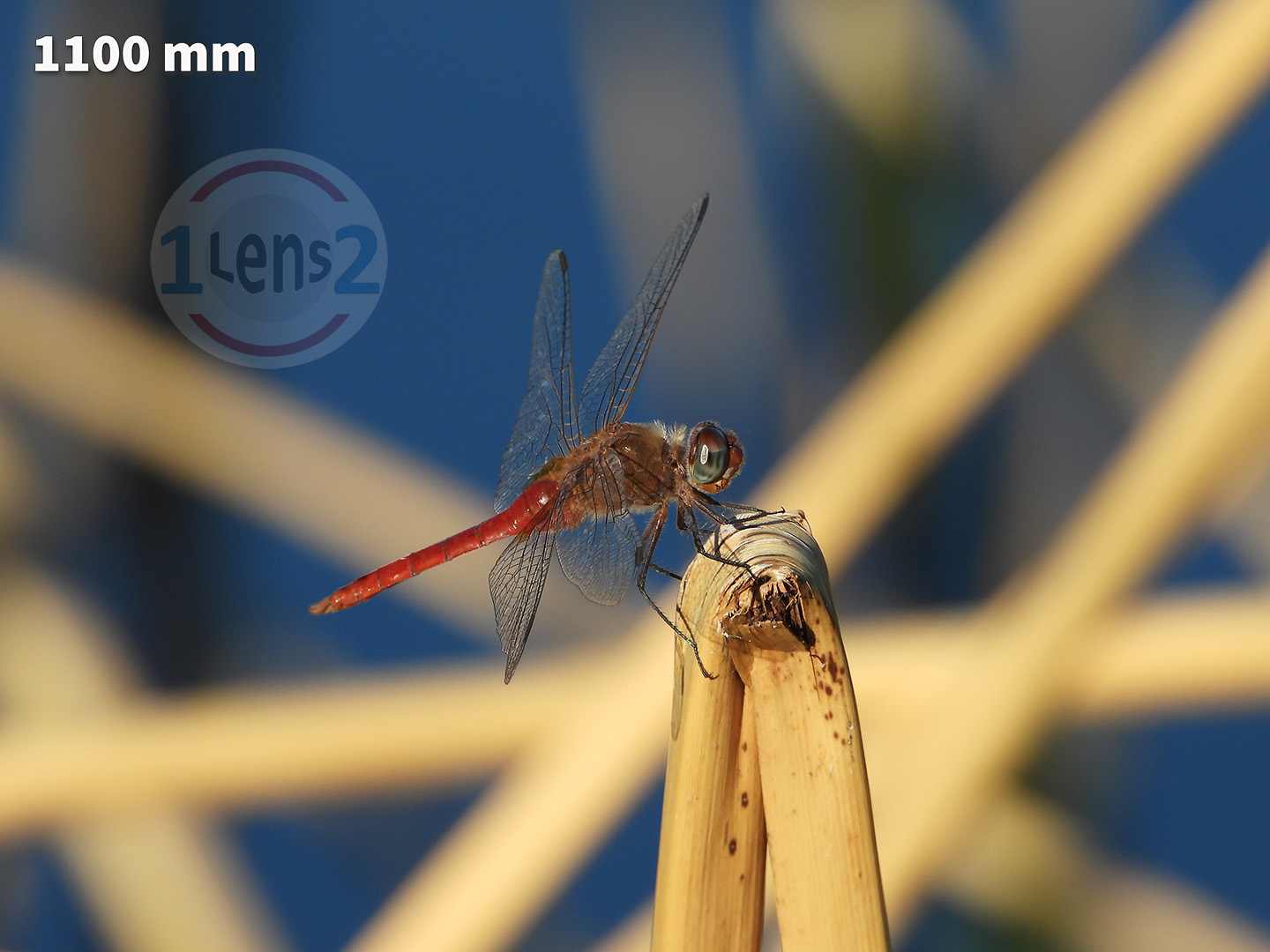 If you're reading this article on a device with a larger screen (like a tablet, computer or TV) then I recommend that you click or tap on the image above to see a full-size view. In the full-size view, we can see intricate details like the hair on the dragonfly's back just behind the head. It's pretty impressive that we can see the individual hairs on a dragonfly at more than ten feet away! Wow!

The P1000's pictures are much bigger than the width of the web page's viewing area, so the pictures are scaled down in order to fit them on the page. If I show a larger sized picture, a portion of the image expands off of the page, but we get an even closer view. 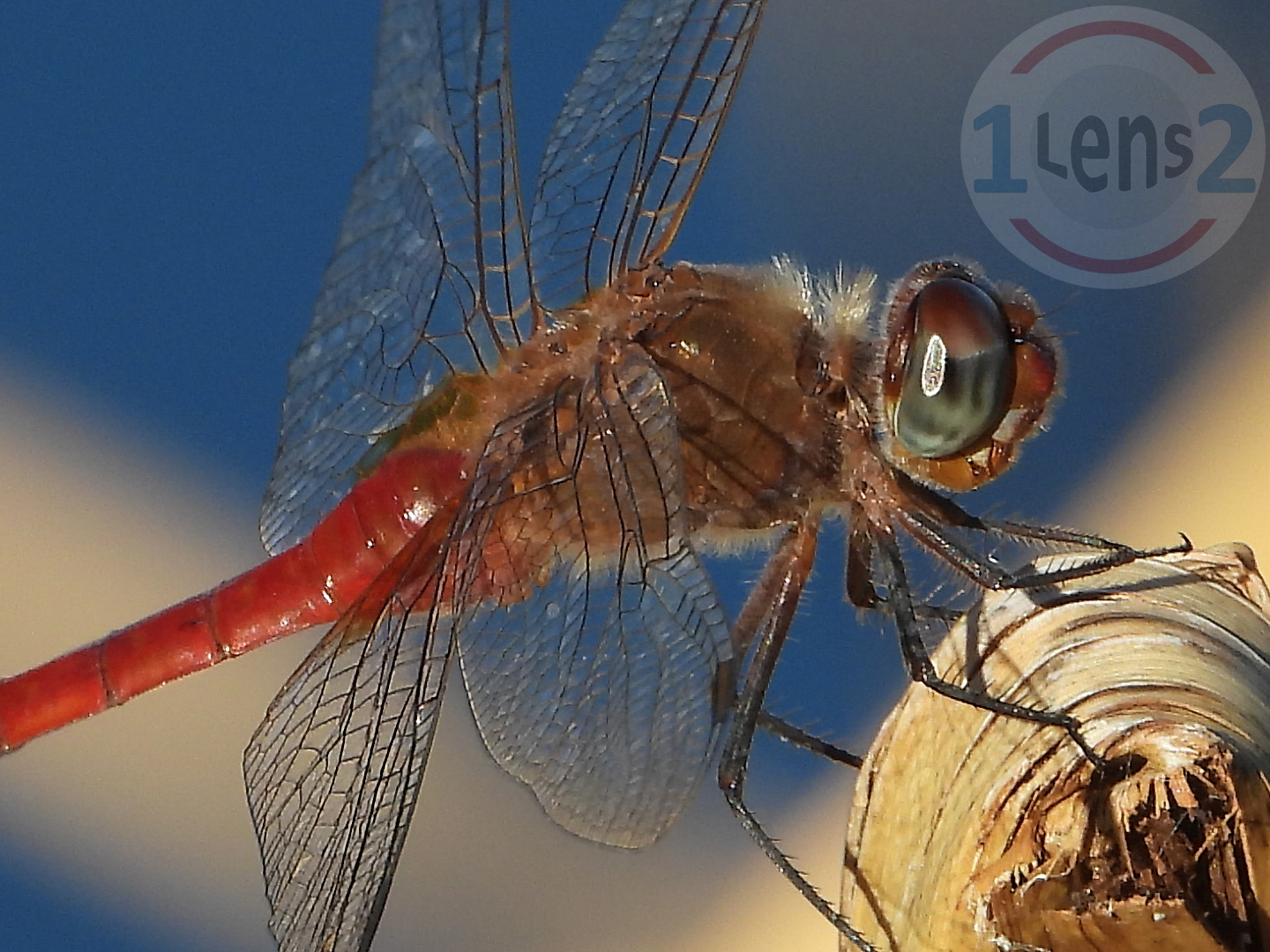 I was able to zoom in on a few different types of dragon flies on this photo shoot. I hope I got their names right in the descriptions below! 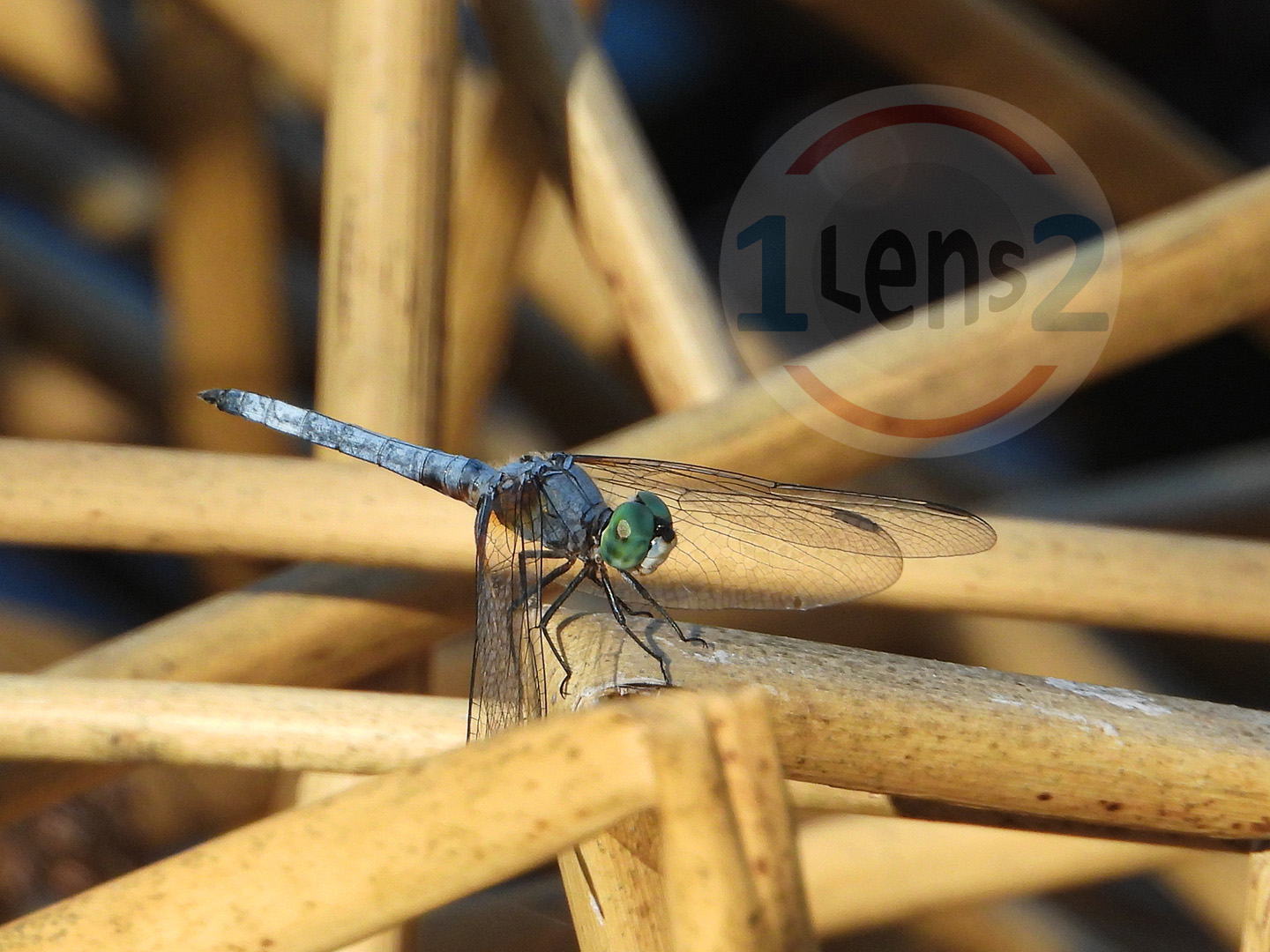 What appears to be a Blue Dasher dragonfly. 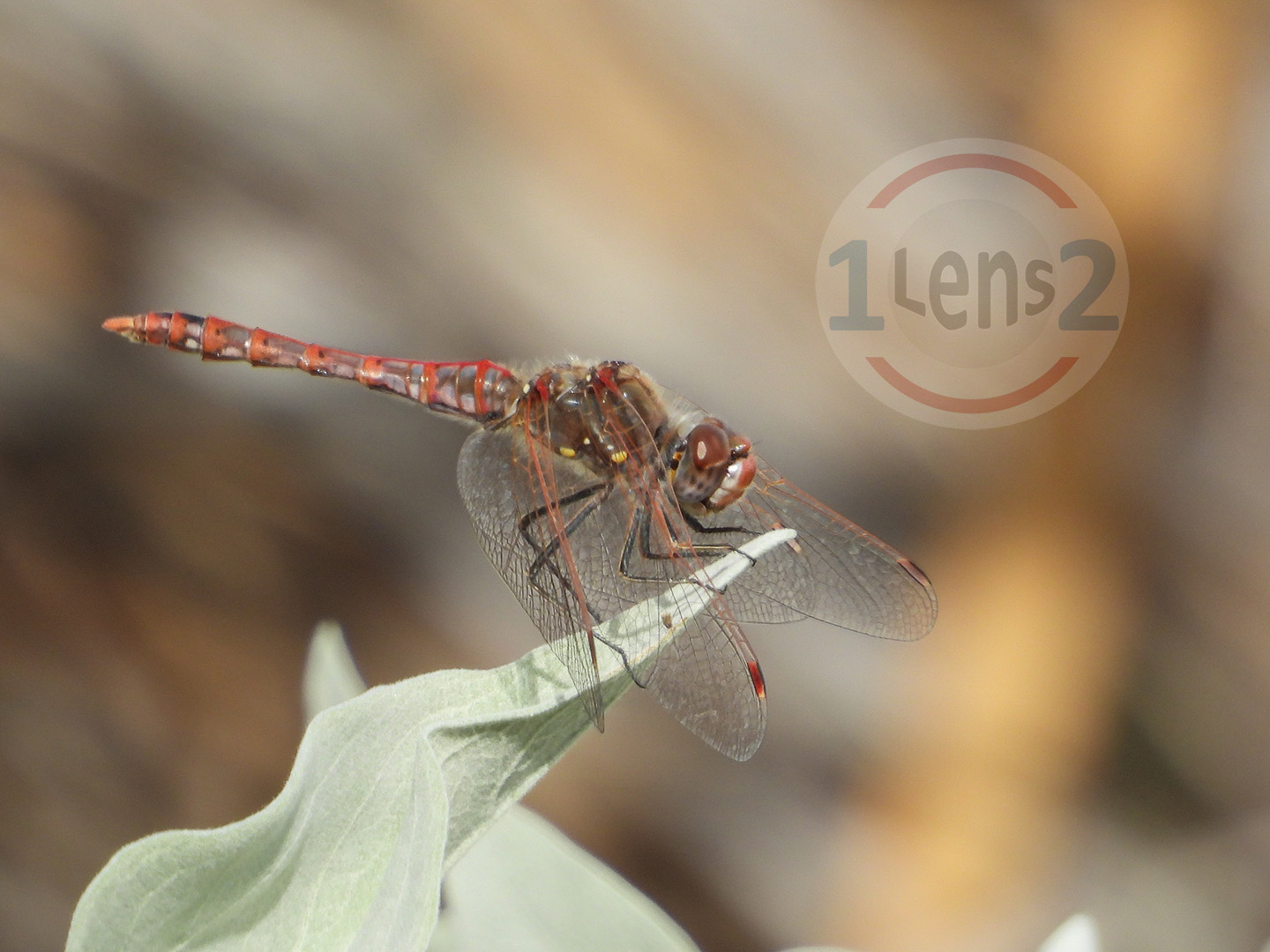 What appears to be a Variegated Meadowhawk dragonfly. 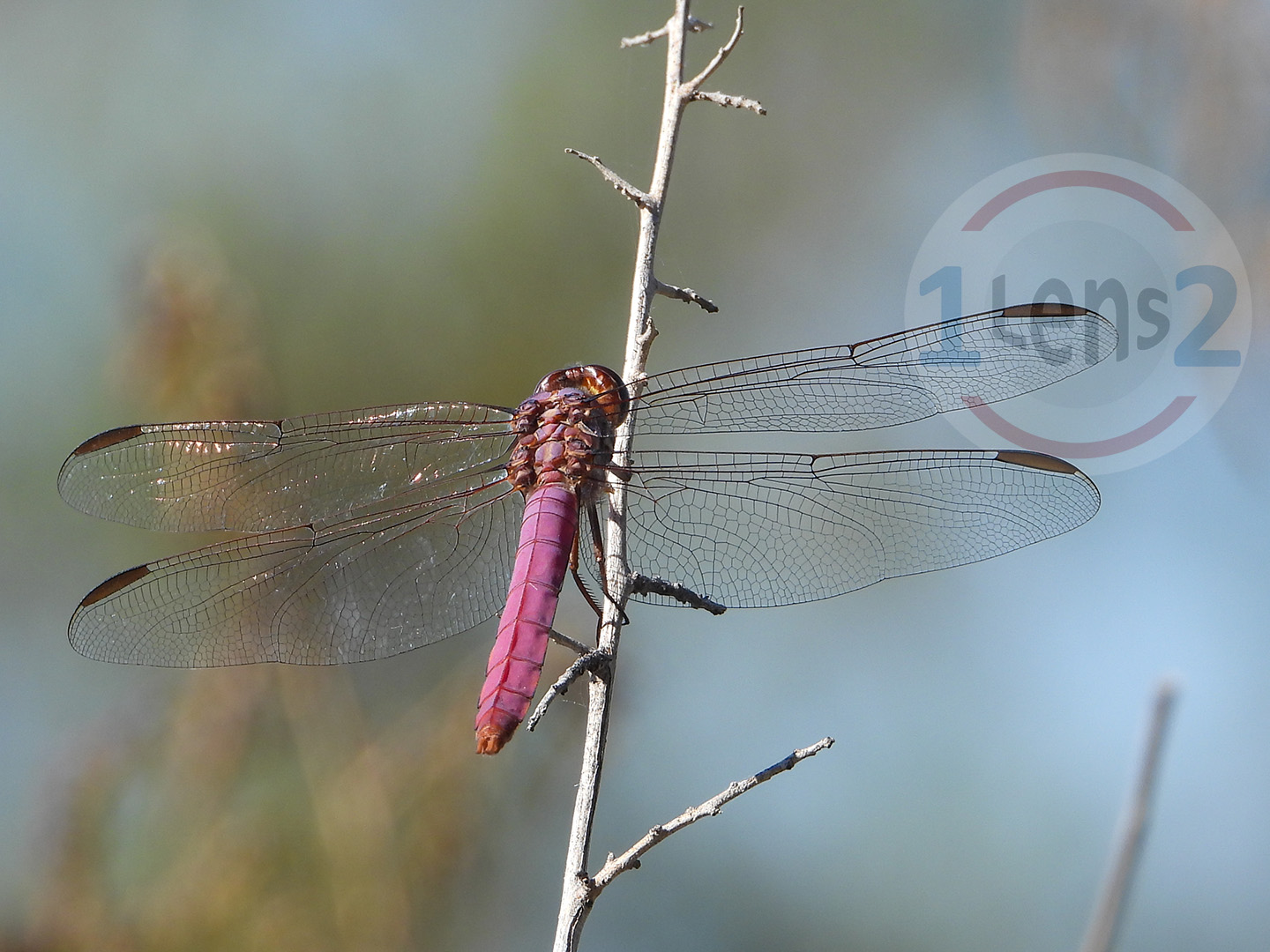 What appears to be a Roseate Skimmer (pink) dragonfly.


Here's another picture of a Flame Skimmer dragonfly at 24mm. Can you spot the dragonfly? If you're on a device with a larger screen then you can tap or click on the image to see a larger view. 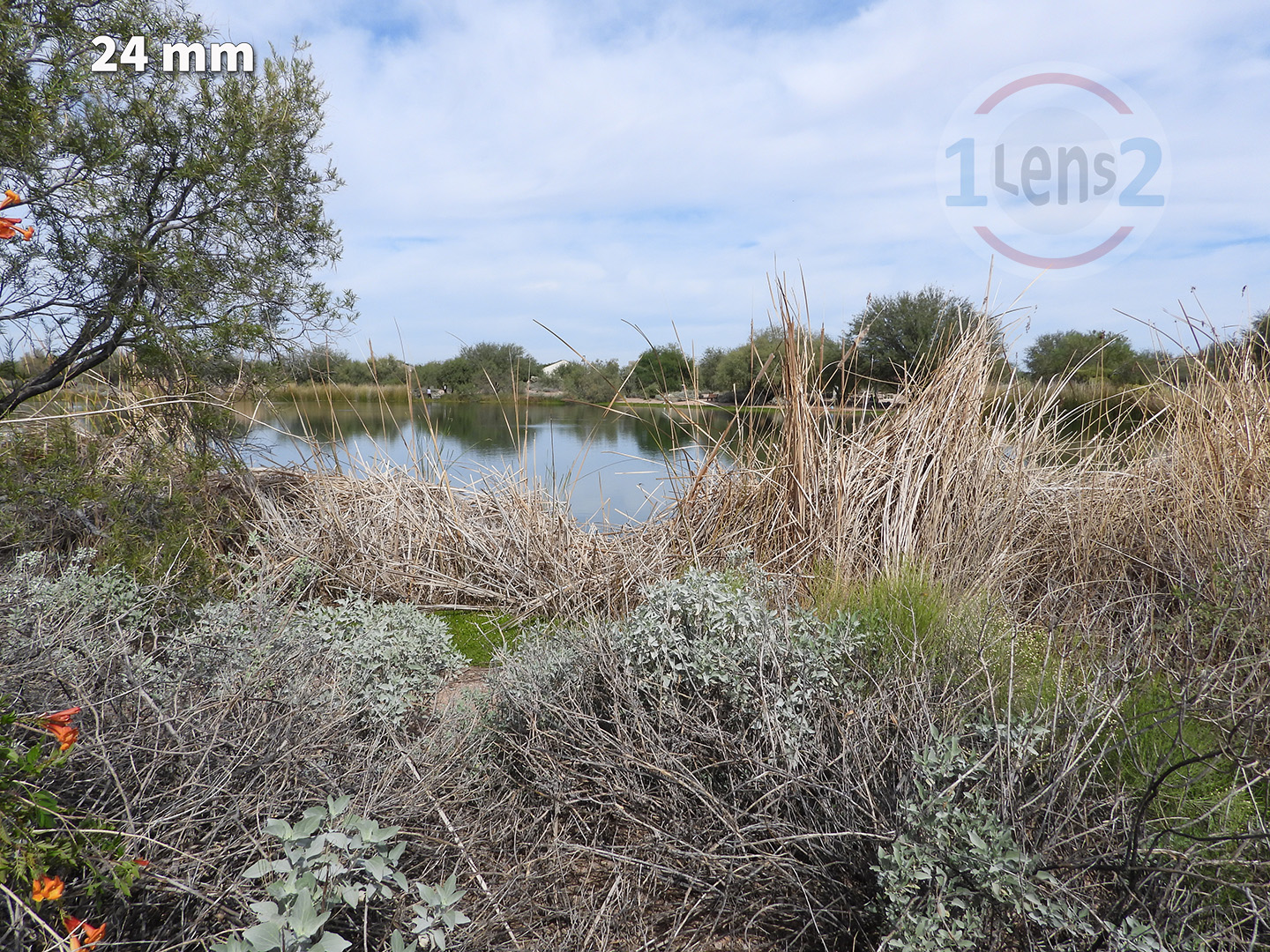 If you couldn't spot the dragonfly at a focal length of 24mm, can you spot it at 50mm? 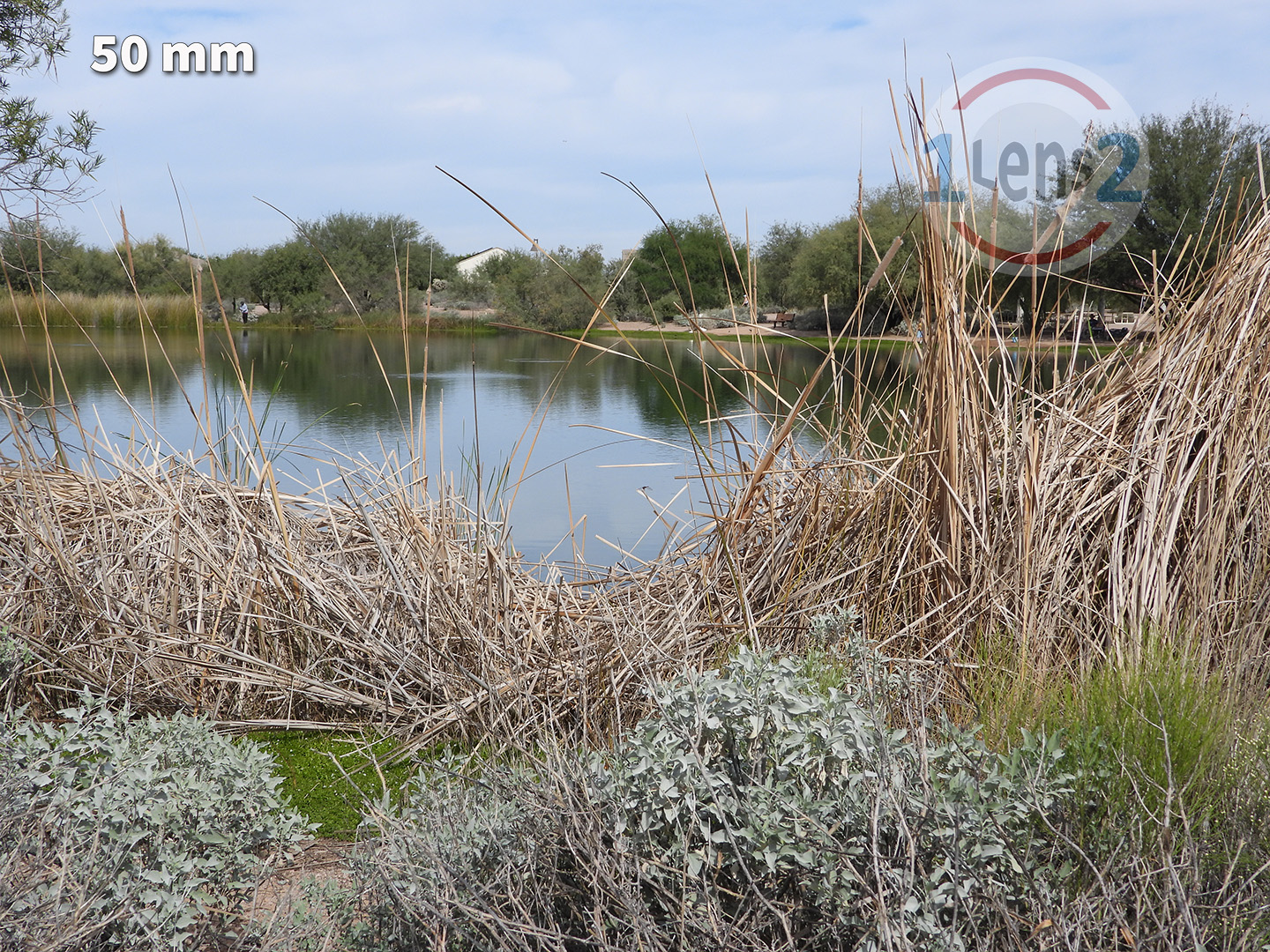 Readers on larger screens can probably see the dragonfly in the 50mm picture. For readers on cell phones, I'll provide one more picture at 100mm. 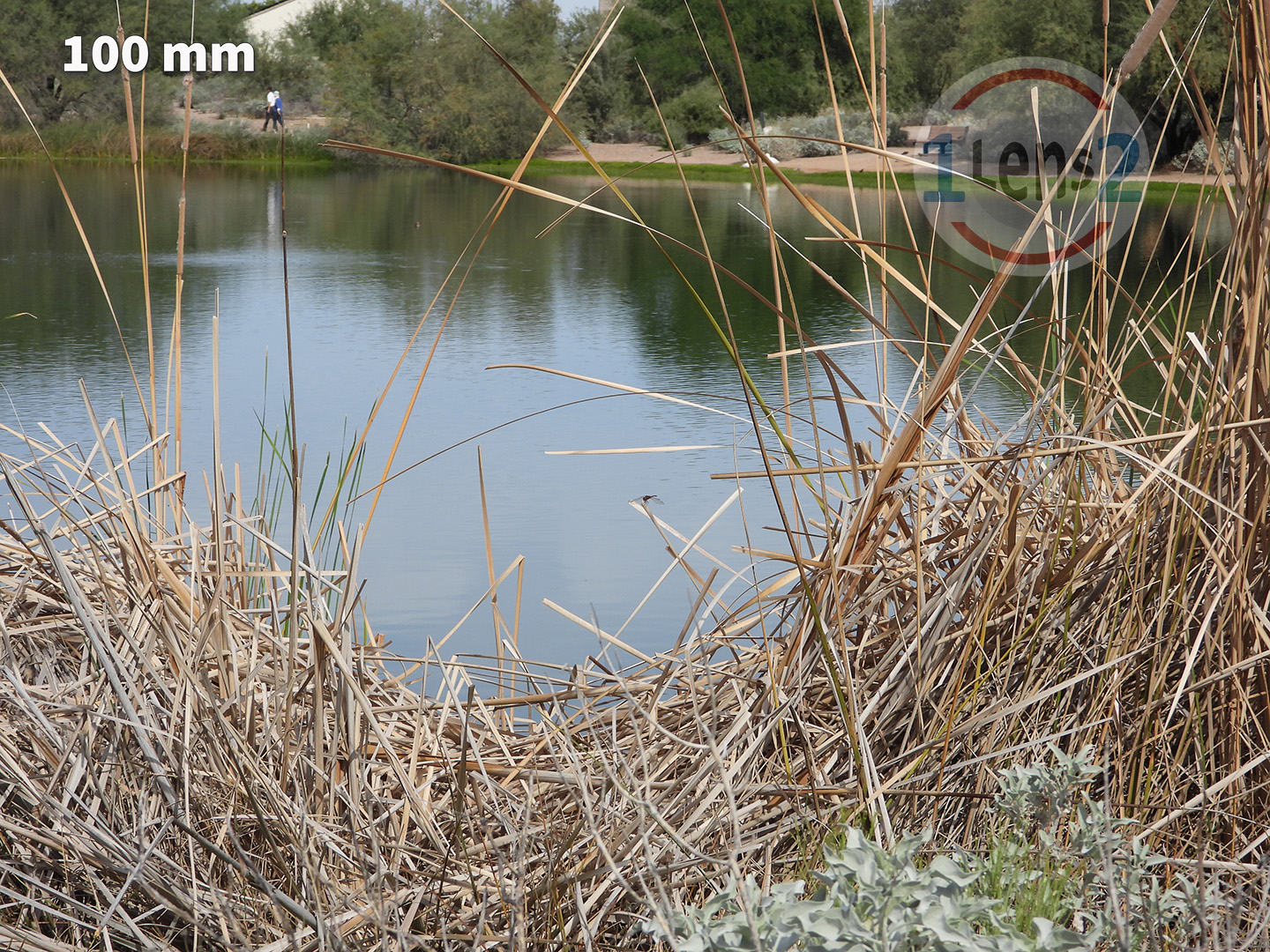 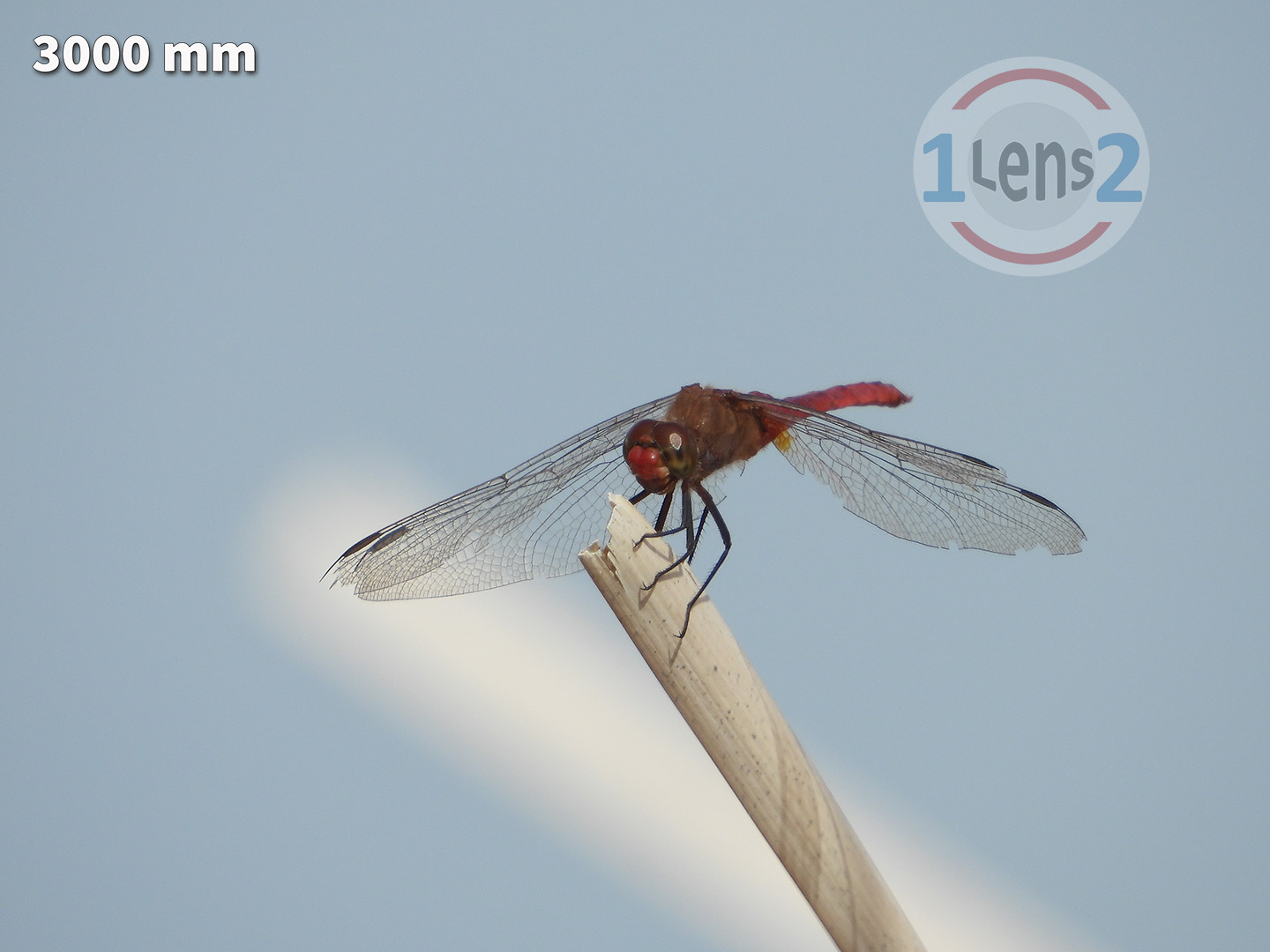 Just a reminder, the picture above at 24mm, 50mm, 100mm and 3000mm were taken from the exact same spot. I did not move the camera between shots.

And because the P1000's pictures are larger than the width of this web page, if we show a larger view and let some of the picture expand off of the web page then we can get even closer to the dragonfly. 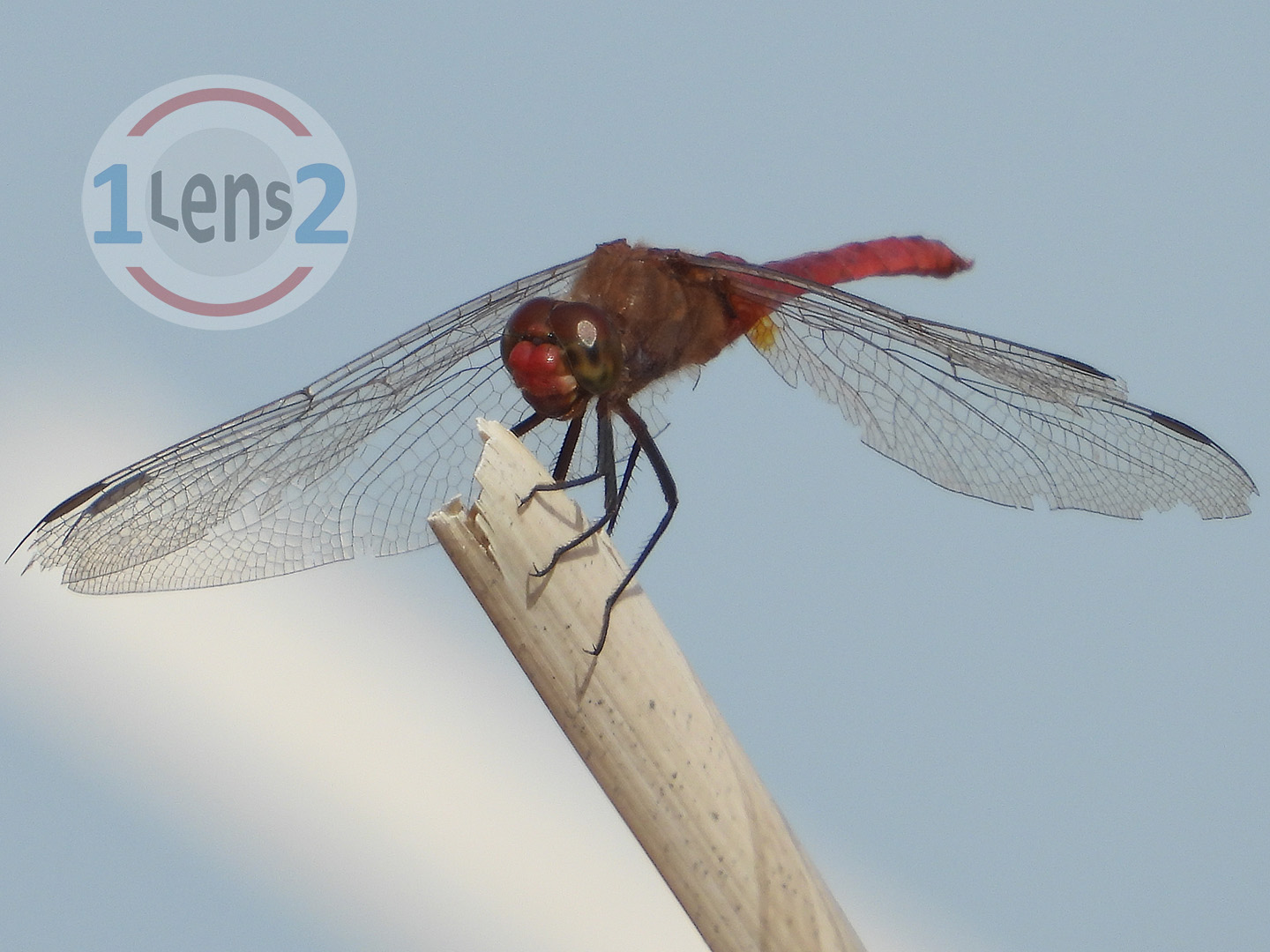 A close-up of what appears to be a Skimmer dragonfly.

Unfortunately, some light clouds moved in when I took this set of pictures. This limited the amount of sunlight on the dragonfly, so it's not as a bright as I would have liked it to be.

Zooming in allows me to keep a good distance away from the dragonflies that I'm photographing. If I'm sufficiently far enough away, then my presence is less likely to influence the dragonfly's behavior. This is a win-win situation. I benefit because I get a picture of the dragonfly acting naturally - that is, it's doing what it would be doing if I wasn't there. The dragonfly benefits by not getting stressed out because a weirdo human is stalking it.

My final pictures from this photo shoot reminds me that instead of keeping an eye on humans that are too close, dragonflies could be flying around eating mosquitoes. And the last thing I want to do is prevent a single mosquito from being eaten :) 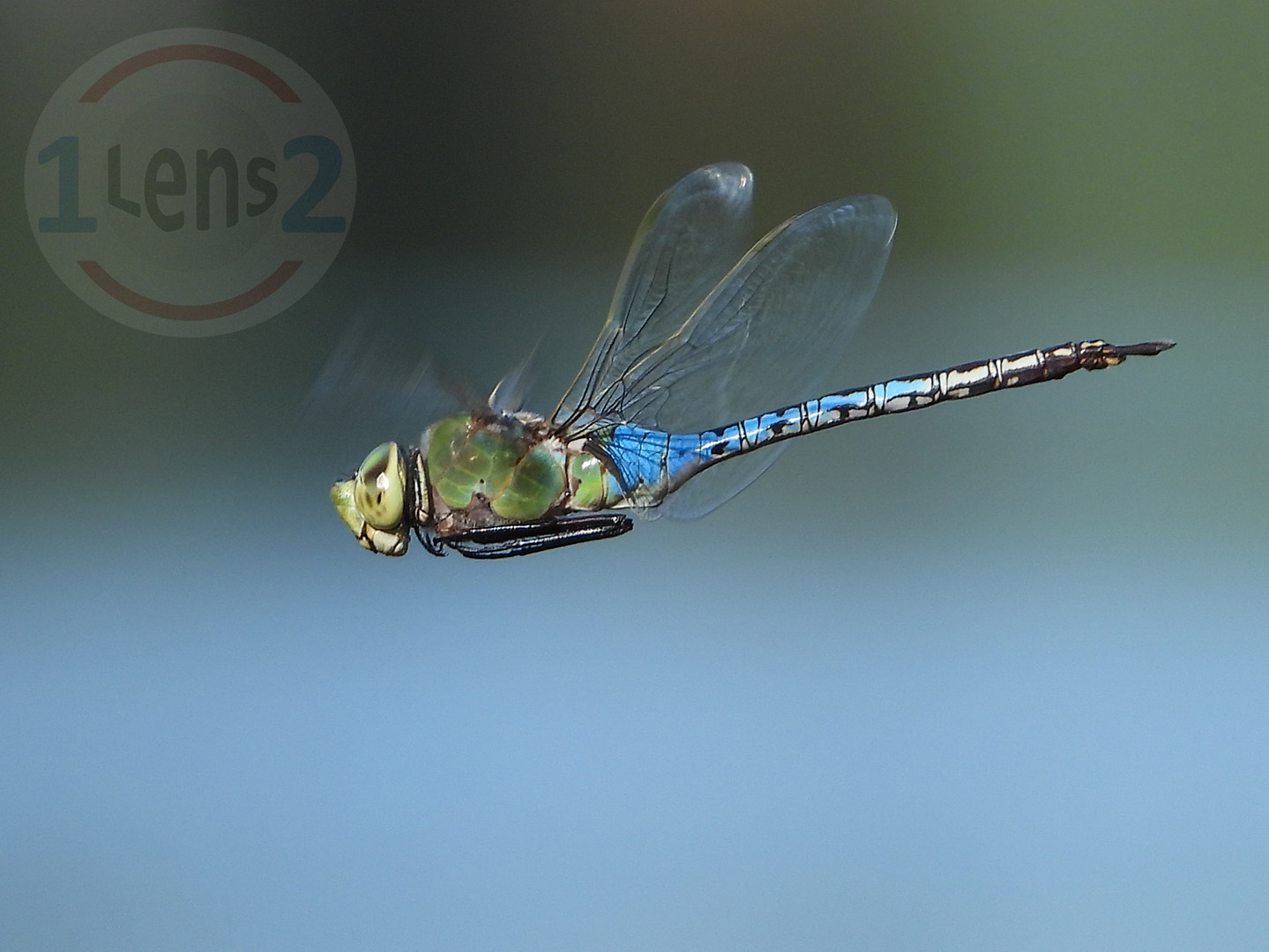 What appears to be a Green Darner in flight.

In addition to the pictures in this article, I also recorded some video clips of the dragonflies on this photo shoot. You can see these dragonflies in motion and one even talks. Although I think I imagined the talking dragonfly after hours in the sun waiting for the perfect shot :) You can watch it all on YouTube by clicking on the picture below. If you enjoy the video then it would be great if you could "like" the video on YouTube or maybe even leave a comment to let me know that you stopped by! 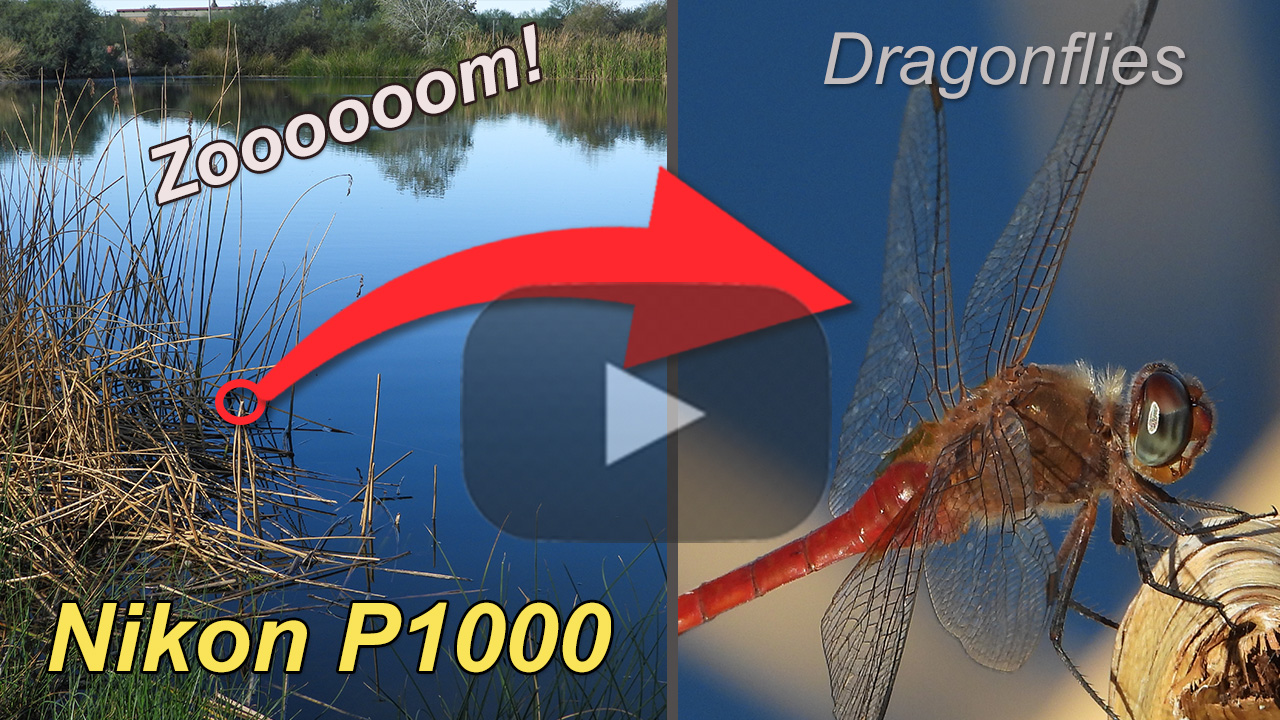