This is One Lens Two's first ever video! And boy does it ever look like it! Anywho, this test footage shows the full zoom capability of the FujiFilm FinePix S9400W 50x zoom camera. There are examples of zooming with the camera on a tripod, on a monopod and hand held. Both the fast and slow zoom settings are demonstrated. The camera's sound is included in the first test so that you can hear the sound of the zoom which is quite noticeable when the video is played back.

Please note that my hands are a little shakier than the average person and the tripod I used that day was not a very good one. Did I mention that this was the first One Lens Two video ever? :) You might want to keep my shaky hands and the low quality of the tripod in mind when judging image stability, which is a key consideration when using extreme zoom cameras. Another point is that the S9400W used in this video was purchased in 2014. Later models of the camera may function differently. 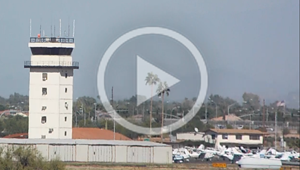 This is the first episode in a series of videos on the FujiFilm FinePix S9400W. Throughout the series, almost every photo and video function of the camera is demonstrated, so be sure to check out the other episodes by clicking on the links below!

One Lens Two is not affiliated with the Fujifilm company. This article and the video are One Lens Two productions. All rights reserved. This material may not be published, broadcast, rewritten or redistributed in whole or in part without the expressed written authorization from One Lens Two.