On January 28, 2020, I was at the Griffith Observatory near Los Angeles, CA in the United States for a day of photography with my Nikon P1000 camera. While I was at the observatory that day, I heard helicopters flying overhead. At first, I didn't think much of it because there seems to be a lot of helicopters flying around the LA area. Apparently, driving a car in LA is a too frustrating, so everyone is hopping into helicopters. Except for me. I travelled to the observatory the old-fashioned way. 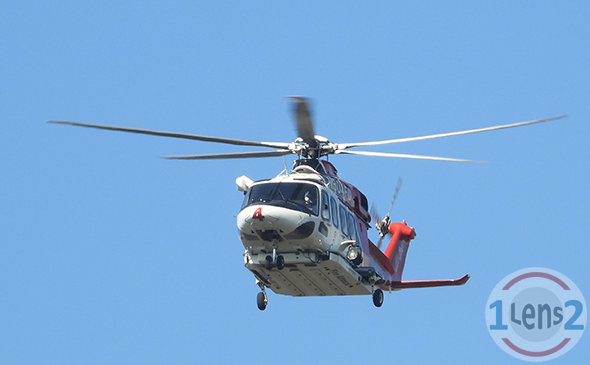 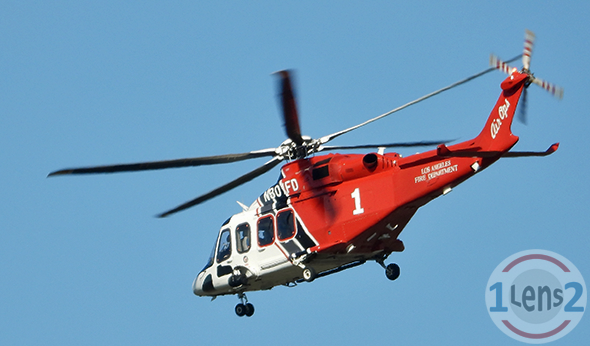 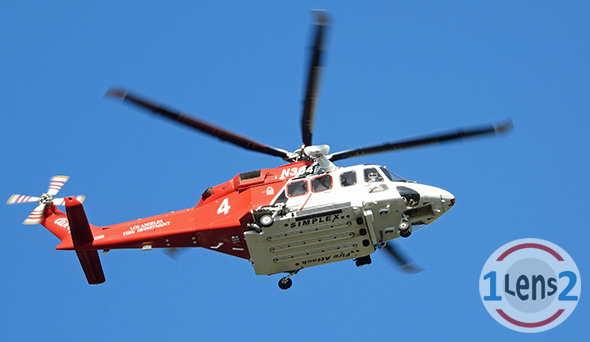 The helicopters were circling over Mount Hollywood, which is just to the north of the observatory. At that distance, the helicopters were further away than you might think by looking at the pictures above. The Nikon can zoom up to 3000mm (35mm equivalent), which allowed for the close-up shots. The picture below (a video frame capture) was taken at the P1000's widest angle setting (24mm) which approximates what the scene looked like to everyone else at the Griffith Observatory. 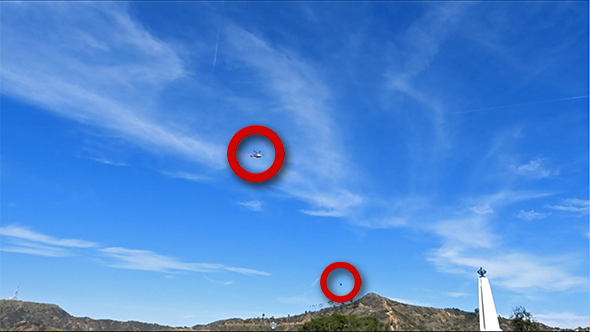 I had to use the Nikon's full zoom to find the hiker who was in need of assistance. He was just off the Mount Hollywood Trail, north of the Mt. Hollywood tunnel. That was about a half mile from my position on the steps of the Griffith Observatory. The video screen frame capture below shows the Los Angeles Fire Department ground crew preparing the hiker for the helicopter rescue. 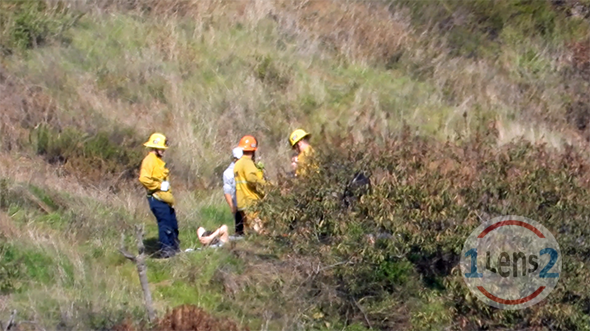 LAFD firemen on scene with the hiker.

Once the rescue operation was underway, helicopter #4 continued to circle the area while helicopter #1 got in close and operated the rescue hoist. My bit of trivia for the day is that operating a hoist on a helicopter is called heliohoisting. I watched as two members of the air rescue team were individually lowered to the location of the injured hiker. 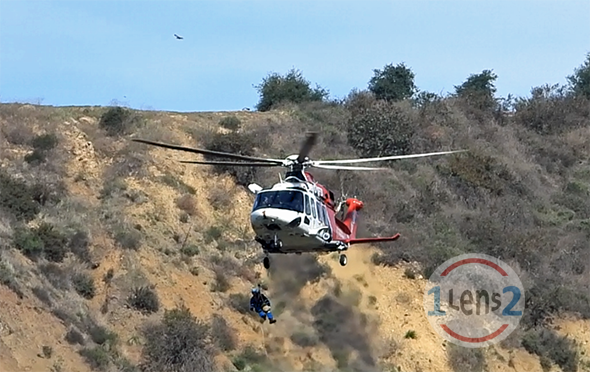 A member of the LAFD Air Operations Division is lowered to from the helicopter.

Eventually the Air Operations crew attached the hiker to the hoist cable and then one of the rescuers and the hiker were lifted up into the air and loaded into the helicopter. And yes, the person in the black shirt on the right side of the video frame capture below is indeed taking a selfie with the injured hiker. 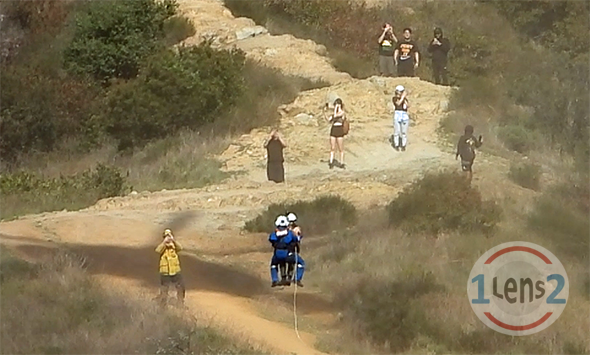 The injured hiker is lifted up into the rescue helicopter

I was able to capture the exciting rescue on video which you can watch by clicking on the picture below. I'm not sure where the LAFD Air Operations Division crew transports injured hikers, but wherever he went, I hope he is OK now. 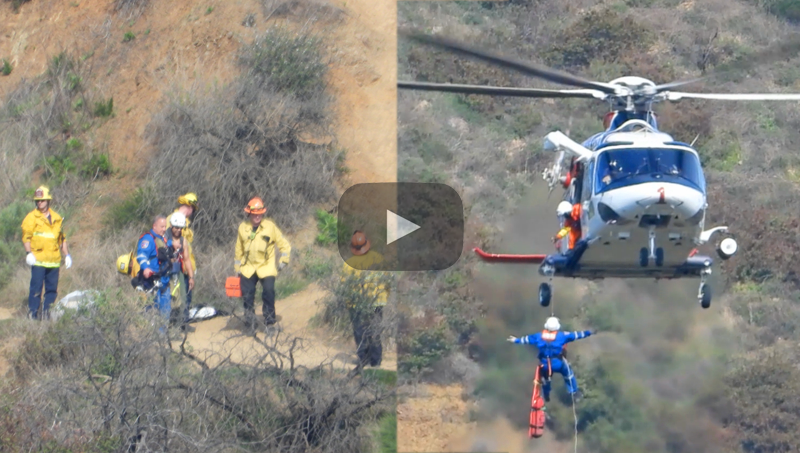 Click to Watch the Video
This article, the pictures and the video are Copyright One Lens Two. All rights reserved. These materials may not be published, broadcast, rewritten or redistributed in whole or in part without the expressed written authorization from One Lens Two.