You've probably seen it a million times. A drop of water falls into a pool of water and it seems to instantly disappear. Poof. Gone. Not much to see, really. Or is there? The reality is that the water droplet plows into the surface of the water with a surprising amount of energy, causing massive distortions that are fascinating to watch. The problem is that those fascinating distortions are happening so fast that we can't see them. 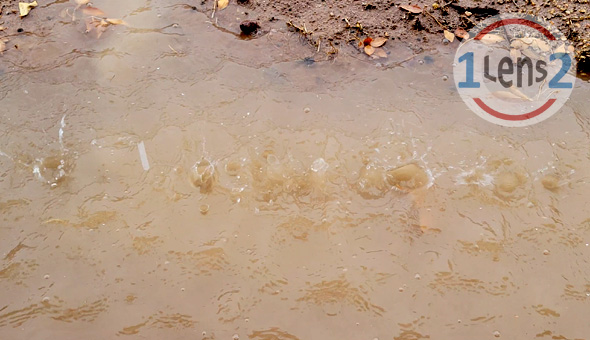 For some reason, it never occurred to me to take photos of the water drops on this photo shoot. How a person could forget to take "photos" on a "photo" shoot is a question for another day. So the pictures in this article are screen captures of the videos I recorded which are a little lower resolution that I'd prefer. 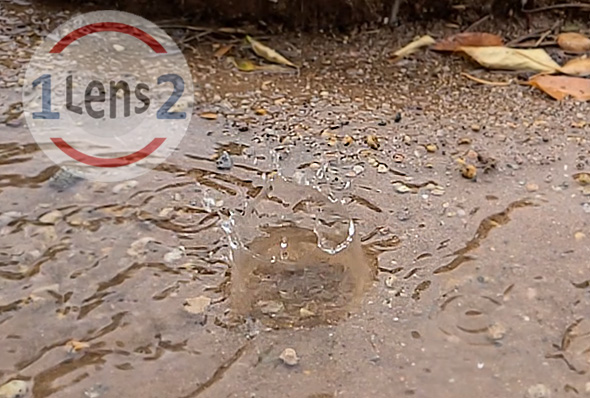 There are a lot of cameras out there that can record at 120 frames per second (fps) or even 240 fps. If you record a video at 240 fps and play it back at 30 fps then the motion that you recorded will play back 8 times slower than real time. 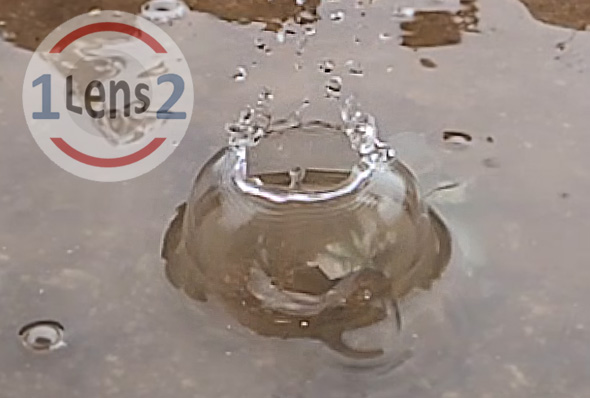 Slowing things down by a factor of 8 is cool and all, but that's not enough for me. None of my cameras can do much better than 240 frames per second, so when I want to slow down time, I use my Samsung Galaxy S21. The S21 has slow motion setting of 240 fps, but it also has a super slow motion setting called "Super Slo-Mo" that captures video at 960 fps. Playing back a Super Slo-Mo video back at 30 fps slows down time 32 times! 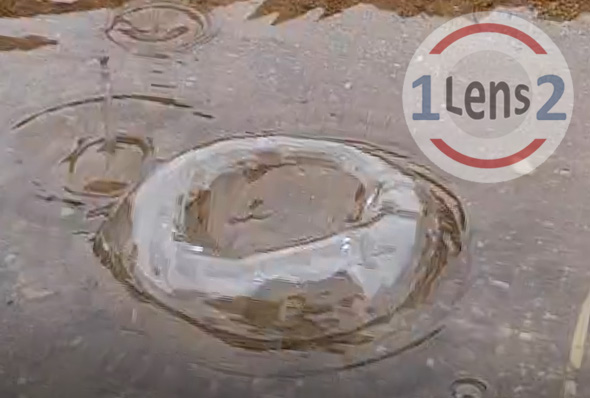 Playing back events 32 times slower than real time is amazing... but that's not slow enough for me, so I load my Samsung S21 video clips into Adobe After Effects and slow down time by another 20%, resulting in videos that are slowed down 40 times! That's pretty darn slow when you don't have an expensive special purpose high frame rate camera. To put that in perspective, things that take 1.5 seconds in real time will take 60 seconds to play back when they are slowed down by a factor of 40. 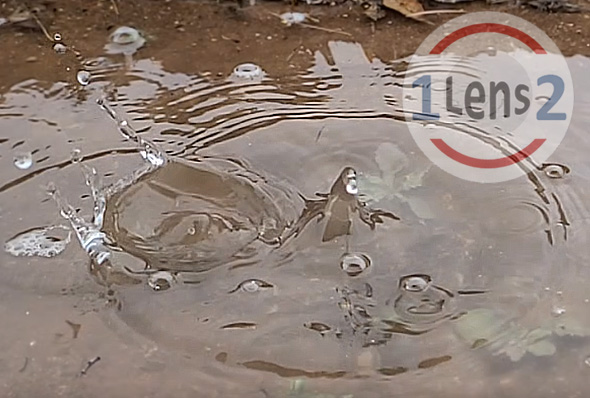 After a water drop hits the water's surface.

So, the other day when it was raining, I took some Super Slow Motion video clips with my S21 and then further slowed down time in After Effects to see what really happens when water drops fall into a pool of water. Wow! I had no idea what that looked like! The secret life of water drops revealed! You can see some really complex fluid dynamics happening at that super slow speed! As you can see by my overuse of exclamation points, I think that these slow motion video clips are fascinating. I mean they are fascinating!!!

Here's a collection of super slo-mo video clips of water droplets falling into a pool of water. It starts of showing what appears to be the uncontrolled chaos of the water drops in real time and then slows down time to show the beautiful undulations and distortions of the water's surface and the energy of the water drop is absorbed into the pool. Resistance is futile! 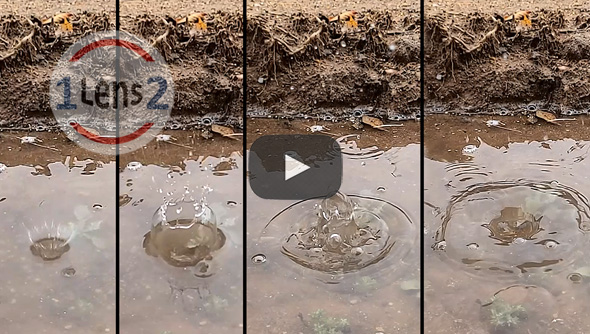